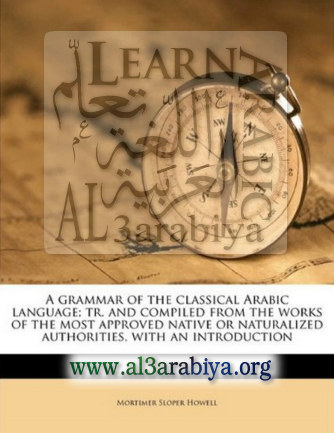 A grammar of the classical Arabic language:

tr. and compiled from the works of the most approved native or naturalized authorities, with an introduction (1883)

THE present Fasciculus (the fourth) completes Part I on the Introduction and the Noun. Part II on the Verb and Part III on the Particle have been previously published. These three Parts deal with the accidence (inflection), the syntax, and such etymological processes. as are peculiar to one of the three parts of speech, noun, verb and particle. Part IV, treating of processes common to two or three parts of speech, still remains.