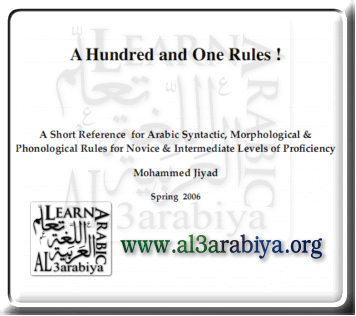 101 A Hundred and One Rules Arabic grammar.

A Short Reference for Arabic Syntactic, Morphological & Phonological. Rules for Novice & Intermediate Levels of Proficiency .
The Arabic language developed through the early centuries in the Arabian Peninsula in the era immediately preceding the appearance of Islam, when it acquired the form in which it is known today. Arab poets of the pre-Islamic period had developed a language of amazing richness and flexibility. For the most part, their poetry was transmitted and preserved orally. The Arabic language was then, as it is now, easily capable of creating new words and terminology in order to adapt to the demand of new scientific and artistic discoveries. As the new believers in the seventh century spread out from the Peninsula to create a vast empire, first with its capital in Damascus and later in Baghdad, Arabic became the administrative language of vast section of the Mediterranean world. It drew upon Byzantine and Persian terms and its own immense inner resources of vocabulary and grammatical flexibility. 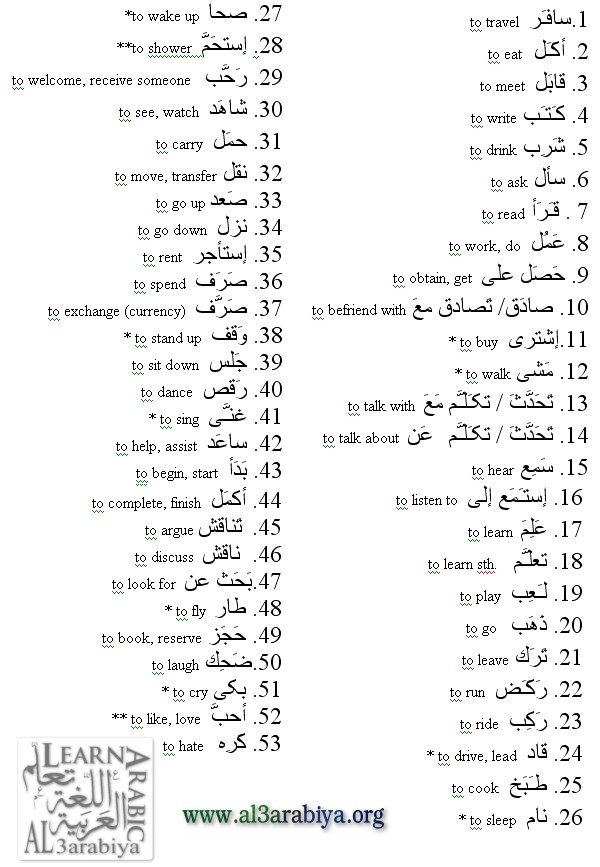