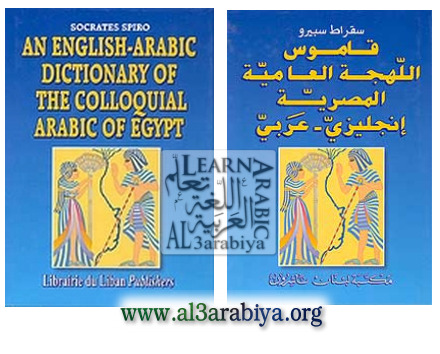 An Arabic-English vocabulary of the colloquial Arabic of Egypt, containing the vernacular idioms and expressions, slang phrases, etc., etc., used by the native Egyptians

Perhaps no apology is needed for introducing the present work to the notice of oriental scholars in general and Arabic scholars in particular. Having been interested for many years in the colloquial Arabic of Egypt, the compiler was struck – as, no doubt, all those who have studied colloquial Arabic must also have been-by the wealth of the dialect, not only in words but in forms of expression and subtle meanings, and the more he studied the subject, the more he
became convinced of the necessity and utility of a vocabulary to introduce the foreigner to the still uncomprehended treasures of colloquial Arabic.