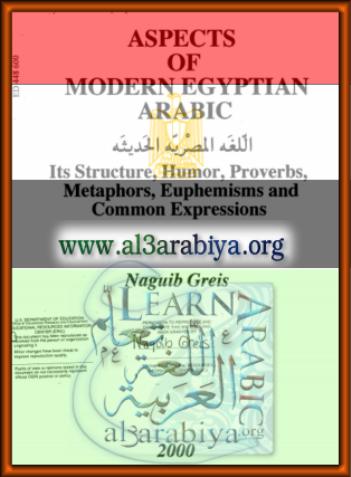 The Arabic language used in Egypt is traditionally divided into two major types: classical and colloquial. The idea is that classical or literary Arabic is to be found mostly in formal writing and speaking, whereas colloquial Arabic is used mainly in daily conversation. When it comes to actual usage, however, this distinction is not always clearly observed. In this study an attempt is made to describe the general characteristics of the language, its humor, proverbs, metaphors, euphemisms, and common expressions as actually used by educated Egyptians in both oral and written communication. Examples are provided from recent periodicals, newspapers, and popular literature. A well-organized sampling of different kinds of modern Egyptian Arabic writing with the literal English translation and the English language equivalent is provided–for example, the Arab proverb “in repetition there is learning” and “practice makes perfect.” (KFT)