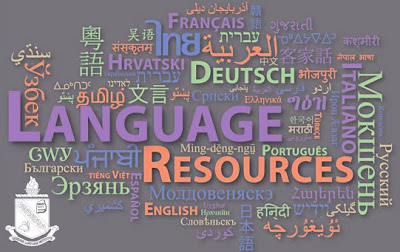 The Purpose of the Modern Standard Arabic Course
This course in Modern Standard Arabic (MSA) is designed primarily to develop the student’s receptive skills (reading and listening comprehension). While the student will be exposed to production skills (writing and speaking) for motivation and reinforcement purposes, he will not be expected to attain a useful faculty in them.
The Purpose of the Arabic Sound and Script Module
This module covers the particular sounds and the script of MSA. It is a preliminary module designed to ease student’s entry into the first lesson of the main course. It consists of ten lessons which will enable the student to detect and distinguish the various Arabic sounds and to read and write the characters that make up the Arabic alphabet.
The Design of this Module
There are ten lessons in this module. Each lesson is divided into three parts. Part I will provide the student with the lesson objectives; that is, what is expected of the student by the time the lesson is completed.
Part II is the explanation and demonstration of the sound and script features for the lesson. This part is subdivided into two sections. The first section, covering the sound features, will provide a written explanation and several recorded examples of each feature. After the explanation and examples, the student will find a series of recorded exercises for each feature, first to recognize the feature, then to distinguish it from among other sounds.
The second section of Part II of the lesson covers the script features of the lesson. Normally, the script features are the same as the sound features presented in the lesson. This section will explain the letter being presented and graphically demonstrate the pen strokes used in writing the letter. Then, the student will have a series of reading and writing exercises to help him gain familiarity with the letter.
Part III of each lesson is an evaluation of student progress. This evaluation is not a test in the usual sense of the word; it is not secret and it is not graded. In fact, the student is invited to turn to it right away after he has read the lesson objectives. That way, he will have a better picture of what he is to achieve in the lesson.