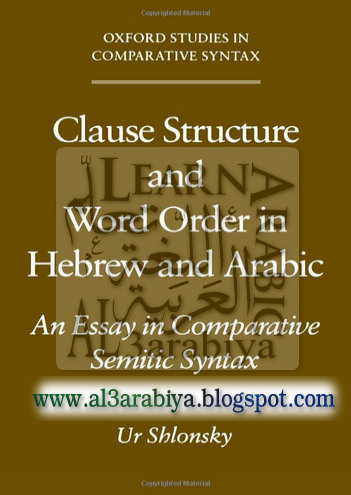 Clause Structure and Word Order in Hebrew and Arabic

Shlonsky uses Chomsky’s Government and Binding Approach to examine clausal architecture and verb movement in Hebrew and several varieties of Arabic. He establishes a syntactic analysis of Hebrew and then extends that analysis to certain aspects of Arabic clausal syntax. Through this comparative lens of Hebrew, Shlonsky hopes to resolve a number of problems in Arabic syntax. His results generate some novel and important conclusions concerning the patterns of negations, verb movement, the nature of participles, and the gamut of positions available to clausal subjects in both languages.