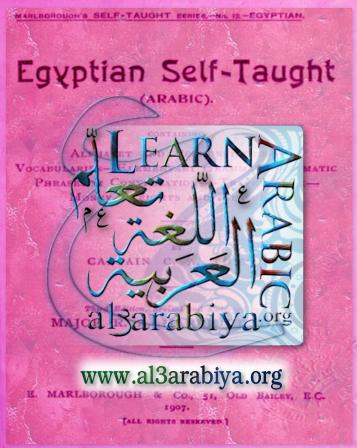 It has been the fashion since the occupation of Egypt to speak slightingly of the colloquial form of Arabic in use there.

This is partly because, as is the case in every country, the commoner forms of speech seem uncouth and unclassical to students who have learnt their Arabic either in universities, from munshis in India, or from Syrians (who are frequently in Egypt the professed instructors).

The basis of the common speech is, however, classical, though not directly recognisable as such. The fact that some of the words have not been encountered in the comparatively scanty literature of the Arabs, nor in the Koran, does not preclude them from being Arabic, though the forms of speech may not rant higher than such English forms as shan’t, ain’t, and I’ve.