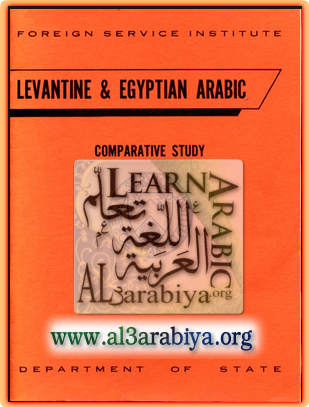 The purpose of this booklet is to describe the major differences between the Levantine (Palestinian and Lebanese) and Egyptian (Cairene) dialects of Arabic, with some references to other geographical varieties of these dialects. It is designed to provide help to persons who have learned either one dialect or the other and need to transfer to the other. A good mastery of the two dialects is therefore assumed. The differences are discussed at four levels: (1) pronunciation (consonants, vowels, stress, and intonation); (2) morphology (verbs, nouns, pronouns, adjectives and numbers); (3) syntax (question words, demonstrative pronouns, and past tense); and (4) vocabulary (verbs, prepositions, other words, and idioms). Section five discusses social usage, and an appendix contains special terms, a glossary, and variable words in dialects.