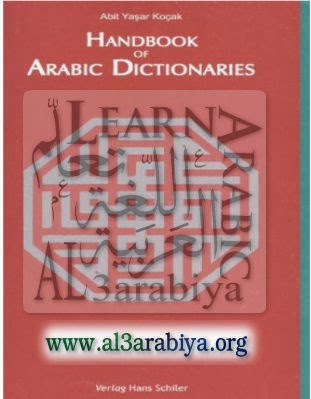 This book is a brief guide to arabic dictionaries, their characteristics and development over centuries. Abit Y. Kocak is Associate professor in the Eastern Language and Literature Department at Istanbul University.
This is a book containing a rather detailed inventory of the language by explaining, giving meaning(s) with a particular, suigeneris disposition. In general the arrangement of such kind of books is either in alphabetical order or according to the topic (systematic). The denomination of dictionary we have given to these books has its counterpart in the Arabic Mu’djam « or Kdmus O^jA^ . However the sources do not supply a clear knowledge of the time periods in which these expressions were used for the first time.
Nevertheless we understand that the first users of the expression Mu’djam were the hadith scholars and that this started in the early III. Century of Hegira. Bukhari has an alphabetical order system and in the Mu’djam style the names of the hadith scholars are mentioned in its work entitled al-Tdrih al-Kabir.