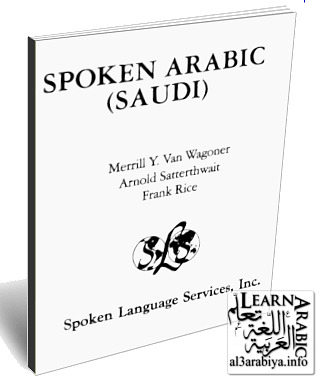 This course is originally prepared by the linguists of Aramco’s Training Department for use at the Foreign Service Training Center which was first located at River-head, Long Island…
The arabic words and sentences in this book are written with letters which are familiar to us , This spelling Indicates the way Arabs say things. It will help you to remember the words as they sound. This is not the way Arabs write thir own language. Although the letters of our sound-writing system are familiar to us. some of them represent sounds which are new and strange to us.

The link has been expired