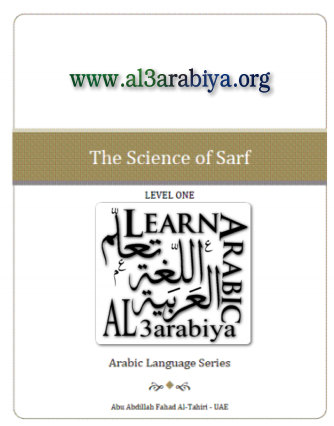 The Science of Sarf (Level one)

We can only understand what certain scientific terms mean (such as Sarf, Nahw, Balaaghah), when we
know the original meanings of those words.  The scholars always mention the two meanings of a word
(although  they  want  to  convey  the  scientific/technical  meaning),  in  order  to  show  the  relationship
between the original usage and the technical usage.  They bring the original meaning used by the Arabs
to show the connection between the two – the relationship between both meanings that shall always
be there.

https://archive.org/details/SARFLevel1Beginners
Find it cheap on Amazon