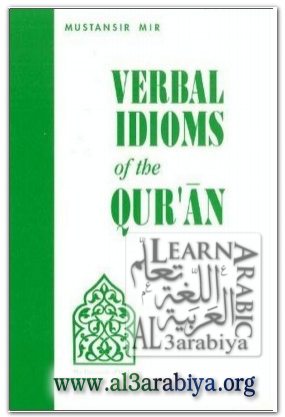 Verbal Idioms of the Qur’ân

… Professor Mir, in addressing himself to this problem, has taken as his corpus the Quran, the sacred scripture of Islam and the most important single book in Arabic literature, and has produced a contextual dictionary of verbal idioms that will be of great value to everyone interested in the Islamic religion, the Arabic language, and its extensive literature. The work is no mere repetition and re-arrangement of traditional data, but possesses a high degree of originality.

With many years’ study of the Quran behind him, the author freely offers his own interpretation of difficult idioms, which adds to the interest and utility of the work. Indeed, one may hope that future lexicographers will take their cue from Professor Mir’s work and produce similar dictionaries of other features of the Arabic language.
James A. Bellamy
Professor of Arabic Literature
University of Michigan, Ann Arbor
25 April 1989